Home » Current Alumni Board of Directors
Previous Pause Next

Current Alumni Board of Directors 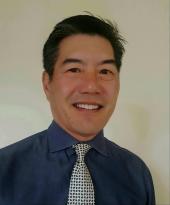 Neil is a Bay Area native, born and raised in the East Bay. He was a UCSF dental (class of 1984) and Pediatric Dentistry graduate (class of 1987). Currently, he works in private practice at Aloha Pediatric Dentistry, which has three offices in the East Bay. He is an active member of the American Academy of Pediatric Dentistry, California Society of Pediatric Dentistry, and Golden Gate Pedodontic Study Club. He is active on the Craniofacial Panel and is a medical staff attending at Benioff Children’s Hospital Oakland. He also holds a part time position as Clinical Professor of Pediatric Dentistry at UCSF. In 2010 he helped organize a global dental health program that supports UCSF pediatric dental residents to participate in providing needed dental treatment in other countries. He enjoys traveling, skiing, golf and cooking with his wife, Janie. His two daughters, Kei and Mika are presently in the UCSF dental program and are looking forward to being alumni. 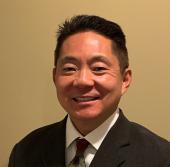 Arnold grew up in east bay and graduated UC Davis with a Bachelors degree in Microbiology . He then earned his Doctorate of Dental Surgery from Columbia University. He came back to the west coast to complete his pediatric dental residency at UCSF in 2001. After graduation, he joined the private practice at Aloha Pediatric Dentistry in Berkeley. He is also active on the Craniofacial Panel at Children’s Hospital Oakland. Arnold and his wife Peggy live in Alamo with their two daughters, Ashley and Emma. In his spare time, he enjoys skiing, running, and playing tennis. 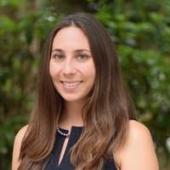 Kaitlin Bechimol graduated from UCSF pediatric dentistry in June 2018. During her time at UCSF, Kaitlin held various leadership positions including, Pre-school Outreach Coordinator and Vice President of the Student Society of Pediatric Dentistry, where she implemented the “Mid-day Tooth Brushing Program” at bay area pre-schools and as Resident Teacher overseeing comprehensive pediatric care at the UCSF predoctoral dental student clinic. Kaitlin has always been passionate about giving back to the community on multiple fronts, both in an active provider role providing dental care to local and international underserved populations (volunteer at Give Kids a Smile Day, elementary dental screening events and on mission trips to Ensenada Mexico,) and as a public policy working to bring awareness to some of the important issues in pediatric dentistry today to state and national representatives and policy makers ( AAPD AND CSPD Student Representative). She is excited about joining the Board as secretary and looks forward to working with alumni to address issues in education for the residents. 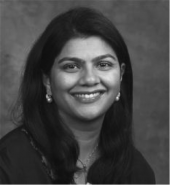 Purvi graduated from UCSF Pediatric Dentistry in 2007. After graduation, Purvi has been associating with a private pediatric dental practice in San Jose and later decided to open her own pediatric dental office, Peninsula Children’s Dentistry, in San Carlos so that she could be close to home with her husband and two daughters. She enjoys reading, traveling, playing any sports and watching movies with her daughters. 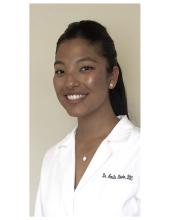 Amita graduated Cum Laude from USCD (’06) and received her Doctorate in Dental Science from UCSF School of Dentistry (’10). She completed her pediatric dentistry residency training at UCSF (’15). Dr. Ruehe has also completed a General Practice Residency at the Community Regional Medical Centers and VA hospital in Fresno, CA. Before pursuing pediatric dentistry, Amita practiced as a general dentist providing quality care to the adults and children in Central California and in the Bay Area. She is an active member of the California Society of Pediatric Dentists and is a member of the American Dental Association, California Dental Association and American Academy of Pediatric Dentists. She currently practices at Aloha Pediatric Dentistry in the East Bay. In her spare time, Amita enjoys reading, cooking, watching movies, traveling and exploring our beautiful Bay Area with her husband - Eric, daughter - Iyla and dog - Princess Buttercup. 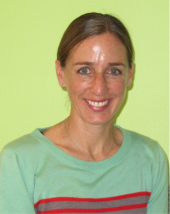 Rung graduated from UCSF Pediatric Dentistry in 2012. After graduation Rung has worked at La Clinica at the Children’s Hospital Research Center in Oakland prior to joining UCSF as a health science assistant professor in Pediatric Dentistry. Rung is also a steering committee member of the UCSF Children’s Oral Health Research Center. Currently she works at her own practice in Mountain View. Rung is excited to be on the alumni board and always looks forward to the annual alumni ski trip and alumni receptions at the annual meetings. In her free time, Rung enjoys traveling around the world with her husband and family.